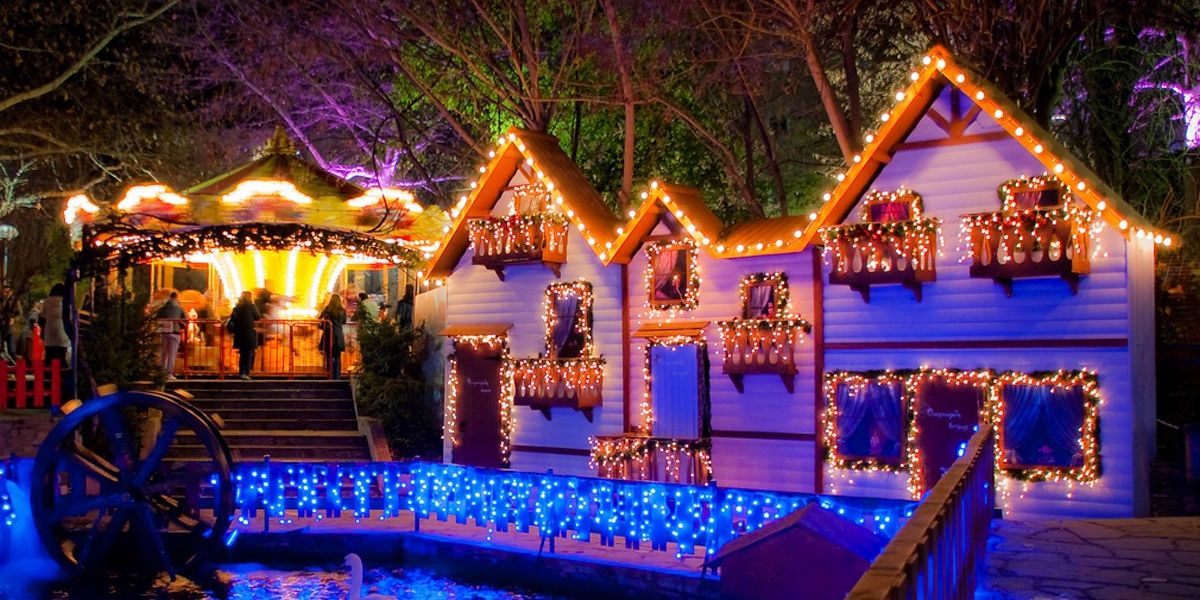 How is Christmas and New Year celebrated in Greece?

New Year's holidays in Greece are the period from December 24 to January 7: Christmas is celebrated on December 25, New Year on January 1 and Epiphany on January 6.
On the morning of each of the holidays, children gather in groups and carol. So if you are in Greece on Christmas Day and your doorbell rings at 7 am, don't be surprised. And at night, at 12 o'clock, there is a tradition to light fires to drive away evil spirits - Kalik Andzaros. These are folklore characters reminiscent of goblins.

All year they live underground and envy people, and on Christmas holidays they get upstairs to do petty dirty tricks. Therefore, these days you need to be vigilant and scare them away. True, the tradition with bonfires is observed in the villages, but in big cities they no longer do this. But they also protect themselves from KalikAndzaros by other methods: for example, there is a belief that they can get into the house through the chimney, so for all 12 days you need to keep the fire in the fireplace lit.

Greece has its own Santa Claus, whose name is St. Basil (Agios Vasilis). Saint Basil is a real person who lived in the 4th century and became famous for devoting most of his life to helping others. He is considered the inspiration and the first creator of organized philanthropy. It is believed that the date of his death - January 1, 379 - brings blessings and good luck in the new year. Therefore, in Greece, on New Year's Eve, we are all waiting for Agios Vassilis to bless our house and receive his piece of Vasilopita.

Symbols of the New Year in Greece: tree or ship?

Many will be surprised: the traditional symbol of the holidays among the Greeks is not a Christmas tree, but a ship!
This is very symbolic for a maritime country. Even 50 years ago, elegant ships could often be found in Greek homes. Now their place has been taken by the Christmas tree, which has come from the West. Although most often in cities you can see both symbols of Christmas at the same time.
However, Chios, predominantly a naval island, continues to adhere to the old custom of paying homage to its sailors and preserving folk traditions. Every year on New Year's Eve, the custom of New Year's boats is revived. People from different areas gather in groups and carefully create imitations of merchant and warships. The size of the ships - up to 5.5 meters! There is a prize for the best ship, but for most the main thing is participation.

Dishes for the New Year in Greece

Long before Christmas, the time for festive sweets begins, and the main ones are melomakArona and kurabEdes. They look like cookies, but they are cooked in completely different ways. Despite the fact that they can be bought or prepared at any time, it is in December that the general craze for these sweets begins. Eating kurabiedes and melomacarone in unlimited quantities is a popular topic of New Year's jokes :)

The Greek Christmas/New Year's table, of course, should be full of delicious dishes in huge quantities. The main dishes are meat. Here, turkey and pork are fighting for leadership. Roasted turkey is a newer tradition. It was recognized as the main holiday dish because it was considered an unusual poultry and was cooked only on major holidays. However, in small towns and villages, pork is most often cooked. Moreover, in mainland Greece there is a tradition to raise a pig for Christmas.
In addition to the main dishes, there are other meat options, as well as all traditional Greek snacks.

One of the oldest traditions, which is about 1,500 years old, is cutting the Vasilopitu pie for the New Year. A coin is hidden in the pie, and whoever gets it will be lucky in the new year. By the way, the tradition comes from St. Basil, whom, like Santa Claus, everyone is waiting for on New Year's Eve.

Traditions of different regions of Greece

Interestingly, each region of Greece has its own New Year and Christmas traditions! Here are the most famous of them.

Should I go to Greece for the New Year?

How is New Year celebrated in Greece? Different, but everywhere fun and sincere! If you are thinking about visiting during the holidays, remember that Christmas in Greece is celebrated on December 25th. And this is the main day: the New Year is also celebrated, but it is of secondary importance.
Think in advance where you will celebrate. On Christmas Eve, tables are booked in many establishments, and on the 25th, on the contrary, most taverns do not work, because everyone rests at home with their families. As for December 31st, restaurants and taverns are closed until late. But bars and clubs are open, where young people go to celebrate the holiday.

If you decide to spend your New Year's holiday in Greece, you can rent a villa or a house on aktis.villas . Your personal manager will help you choose the best option in any region!