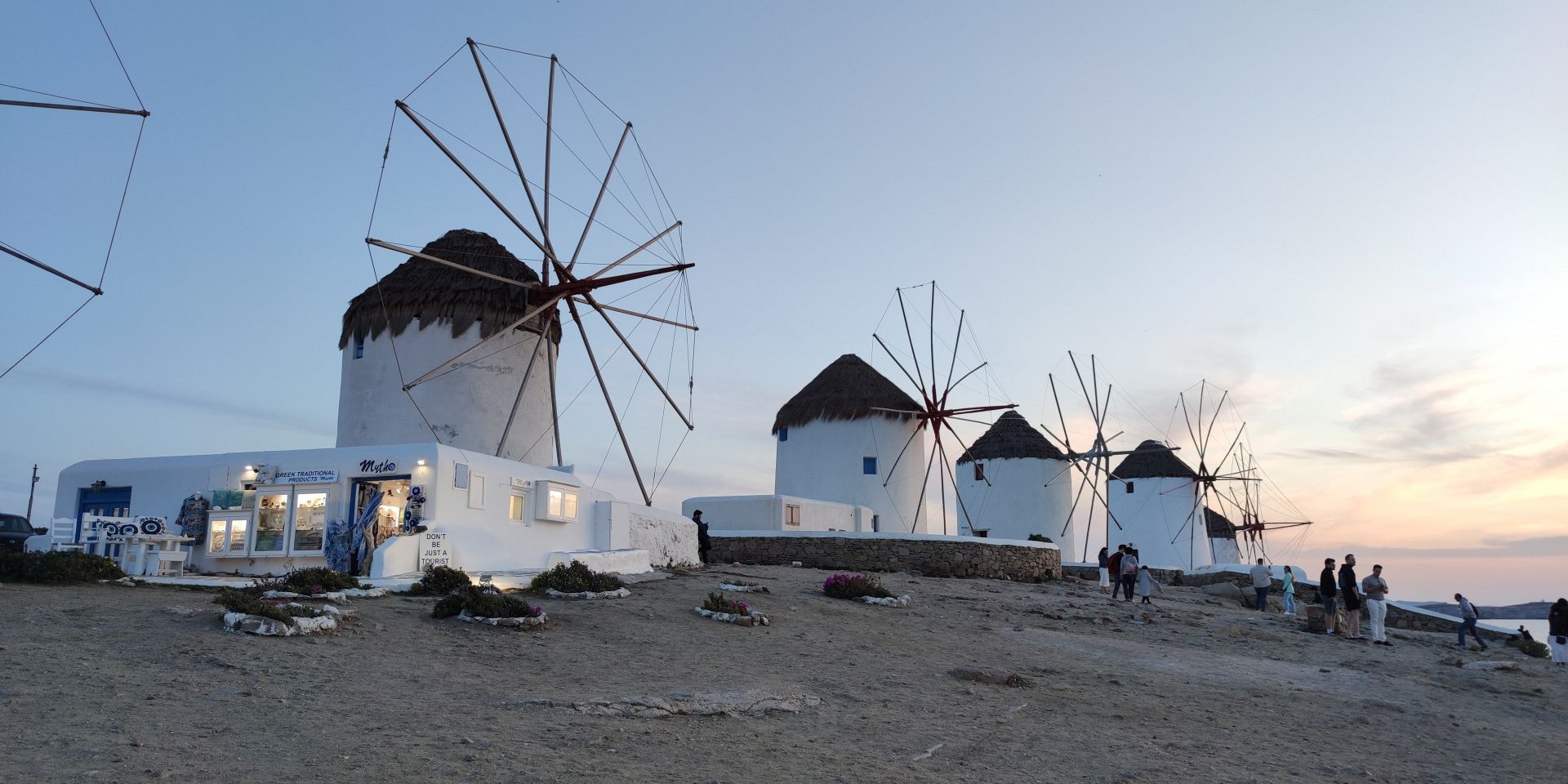 Sightseeing in Mykonos: things to see

The Greek island of Mykonos is loved for its laid-back atmosphere. Here every day of rest turns into a holiday filled with emotions and impressions. And the sights that adorn Mykonos play a significant role in this. What to see on the island?

When talking about Mykonos, many people think of Little Venice, one of the most romantic places on the island. The area is located in the capital (Hore), right on the seashore. The waves crash against the colorful houses of Little Venice, reminiscent of the paintings of the famous Italian city. The history of the region has more than 2 centuries. Initially, ship captains and wealthy residents of Mykonos settled here. Now tourists from all over the world love to relax here, living in a hotel or in one of the many villas for rent .

There are two ways to get to know the main attraction of Hora. The first is to stay in one of these houses, converted into a hotel. The second is to make yourself comfortable in a coastal tavern overlooking the sea, sunset and Little Venice, which looks especially picturesque after sunset. The surroundings of the area are filled with bars, shops and clubs where you can continue the evening.

Address: located in the tourist center of Hora
Additional information: next to Little Venice you can see artists who offer their work - a great gift from Mykonos

Along with Little Venice, windmills are a symbol of Mykonos. They can be seen both on the island's advertising booklets and on souvenirs. But it is better to see the mills live. There are 16 of them on the island, and 7 of them are located in the capital. The first mills were built by the Venetians in the 16th century and were used until the beginning of the 20th century. Today they serve as cultural and architectural monuments, reminiscent of the past of Mykonos.

One of the mills has been converted into a museum dedicated to the agricultural traditions of the island. Here, Mykonos can be seen from the other side: what it was like before the glory of "the most party place in Greece." In his collection - machines for processing grain, tools, a wine press, a rural oven.

Address: The windmills can be seen from almost anywhere in Chora. The museum is located on the outskirts of the capital
Additional Information: Admission to the museum is free. The Boni mill is open in July-September from 17:00 to 20:00

Mykonos has at least 500 churches and religious sites. Built in the traditional Cycladic style, they give the island a unique flavor and attract the attention of travelers. You can’t visit everything, but some are desirable:

The Neolithic site of Ftelia is one of the most interesting archaeological sites in Mykonos. Its buildings date back to the 5th century BC. Excavations were completed only in the 2000s and revealed 4 levels of settlements. The oldest ones were at the top of the hill. Here you can see the once powerful walls of the Megaron building. In addition, Fteliya preserved the foundations of houses and public buildings. Archaeologists managed to find a lot of pottery from different periods, as well as weapons for fishing and hunting.

Address: Ftelia is located 7 km from Chora. You can get there by car or taxi in 20 minutes
Additional information: next to the excavations of Ftelia - the sandy beach of the same name, which is one of the best in Mykonos

Gyzi Fortress dates back to the 13th century and belonged to the noble Venetian family that ruled Mykonos during the Middle Ages. Gizi was called upon to protect the island and its inhabitants from pirates. Its strong and impregnable walls did not let the invaders close to Mykonos. When the Turks came to the island, Gizi fell and was abandoned. Today you can walk through the ruins of the fortress, see its arched openings and doors, and also visit the neighboring church of the 18th century.

Address: Gizi is located 8 km from Chora. It is better to get by taxi or rented car.

Mykonos is the starting point for a trip to the neighboring island of Delos. According to Greek mythology, it was on this rocky piece of land that Apollo and Artemis were born. Today Delos is an open-air archaeological museum. The richest cultural heritage, which was included in the UNESCO list, is concentrated on its territory.

An interesting fact: in the 5th century BC. the Athenians organized the "cleansing" of the island sacred to them, forbidding births and deaths on Delos. All the dead were buried on the neighboring island of Renia, and after every five years, great ceremonies were held in honor of Apollo.

On Delos you can see the remains of the marketplaces, the Minoan fountain, free-standing columns with relief images, the Temple of Apollo, the famous Lion's Terrace, the views of which glorified the island, the ruins of the world's oldest synagogue, the Temple of Hera and the House of Dolphins with mosaics.

How to get there: Delos can be reached by water taxi from the port of Mykonos, as well as by purchasing an organized tour. Travel time is only 20 minutes

For more than 100 years, the Archaeological Museum of the island has been collecting finds that illustrate all stages of the history of Mykonos. His collection includes ceramics, statues, tombstones, jewelry, clay figurines, elegant painted vases, a superbly executed pithos with scenes of the conquest of Troy, and objects found in the excavations of the necropolises of the island of Renia. No less valuable is the statue of the Archean Hydra, decorated with floral ornaments.

Address: the museum is located in the Old Port of Chora
Additional information: The museum is closed on Monday. Opening hours - Tuesday-Thursday and Sunday from 09:00 to 16:00, Friday and weekends from 09:00 to 20:00