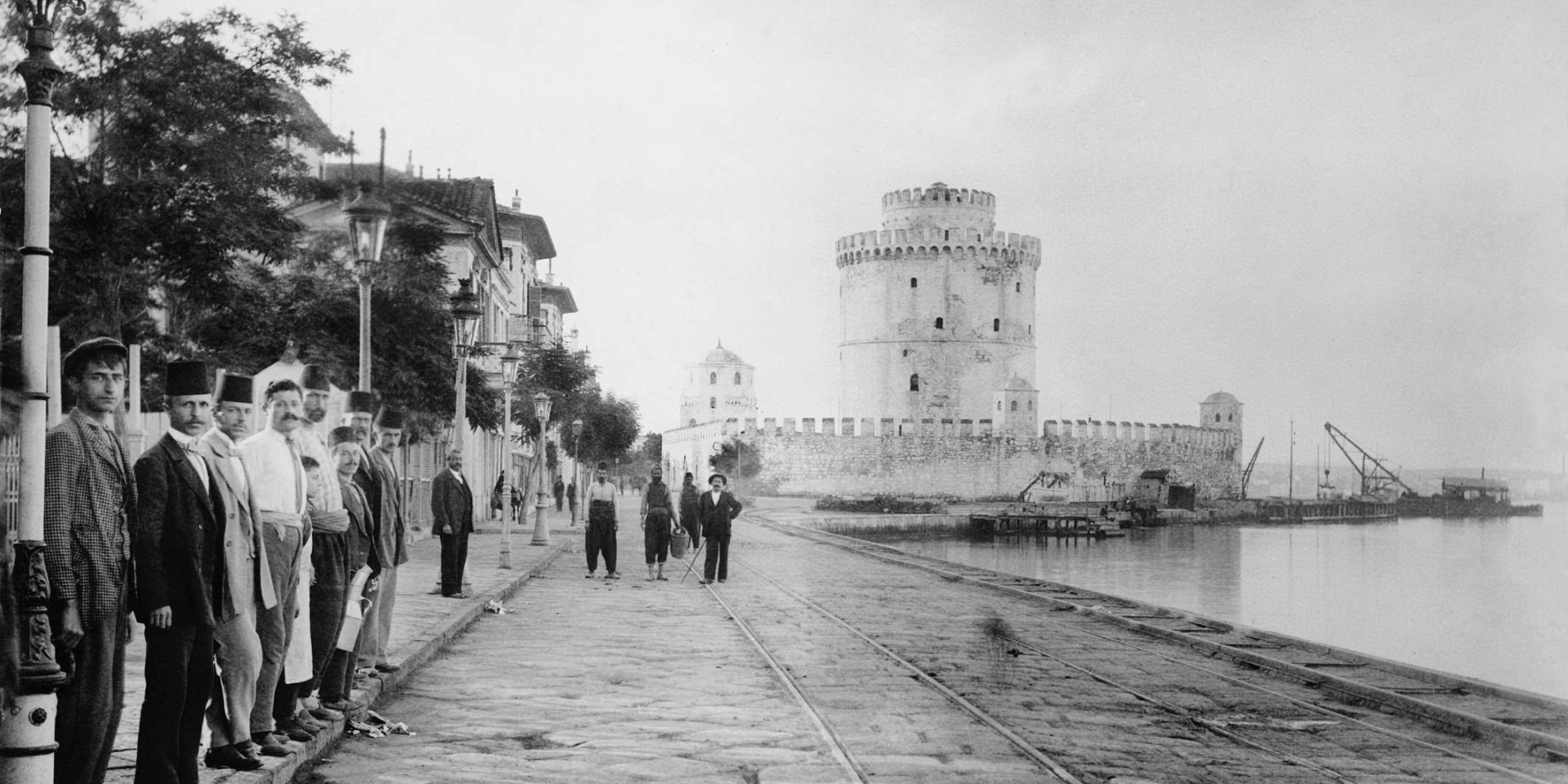 Thessaloniki Must see Need to know

Red on White: the dark past of the White Tower of Thessaloniki

Where do all roads lead in Thessaloniki? Of course to the White Tower: it is the first thing associated with the city. It serves as the orienting point for travelers and romantic meetings. Moreover, it is difficult to imagine local souvenirs without a depiction of the tower. At the same time, only a few people know about the dark past of this attraction and its “bloody” name.

From the depth of the centuries

For a long time, the White Tower was falsely assumed to be the building of the Venetian times. At present, it is well known that Thessaloniki’s main symbol was built by the Turks in the XVI century after they captured the city. It replaced the Byzantine tower of the XII century and serves as the barracks for the watchmen. Its defensive walls separated the Jewish part of the town from the rest of the territory of Thessaloniki.
The tower had several names throughout its long history. At first, it was called the Lion Tower – perhaps, such a name was used to emphasize the greatness of the Ottoman Empire. Later, it bore the name of the Tower of Kalamaria. In the early XIX century, the symbol of Thessaloniki got the name of the Tower of Blood or Kanli Kule.

Interesting fact: people believe that it was the famous architect Mimar Sinan who constructed the building. The similar tower was built by this great man in the Albanian city of Vlora

The darkest days of the tower’s history

These days, when you look at the light building on the seashore, you can hardly believe that its history is far from “white”. The Turks used the tower as a fort and a prison. They kept here the prisoners who underwent regular tortures and punishments. In 1826, the building evidenced the wholesale slaughter on the prisoners, carried out due to the order of Sultan Mahmoud II. A place that is now used as the observation deck, served as the place for execution. The blood of the punished people painted the walls of the tower into the red color. A lot of pictures and engravings have preserved until nowadays, showing the fall of the prisoners from the tower – it was the way they tried to escape from the tortures.

The Christian residents of Thessaloniki kept on calling the monument as “Tower of Blood,” while the Jewish were regarding it as “White Tower,” until the end of the First Balkan War. The tower got its modern name when Thessaloniki joined to the territories of independent Greece. The new color of the building has become a symbol of purification.
At the same time, there is an alternative story about this place. According to this version, the name of the tower was changed upon the decision of the Turkish authorities. Once, the image of the tower turned into a problem for the Ottoman Empire, which was on the verge of reforms, held under the support of England. The symbol of the city painted with blood did not match the image of the new empire. Thus, Sultan Abdul Hamid II ordered to paint the tower into the white color. It turned out that this task was not as easy as it seemed. But there was one person who showed his wish to do that. It was the prisoner, Nathan Giudili. He promised to paint the tower in exchange for the act of oblivion. The Turks hoped that the prisoner would break down. Imagine their surprise when he impeccably finished the work and got the desired freedom.
Besides, there was one more event in the “dark past” of Thessaloniki, which happened near the White Tower. On March 18, 1913, King George I decided to take a walk there without his guard. It was the day when the Greek ruler lost his life. He was killed with one shot in his back by the anarchist, Alexandros Schinas.

At present, that tragedy has already become history. In 1917, the protective walls of the White Tower were destroyed. The tower was used for different purposes: during World War I, people kept the archaeological treasures here. Later, they set a meteorological service in it. After that, the tower became a museum. That is how the White Tower is used nowadays.