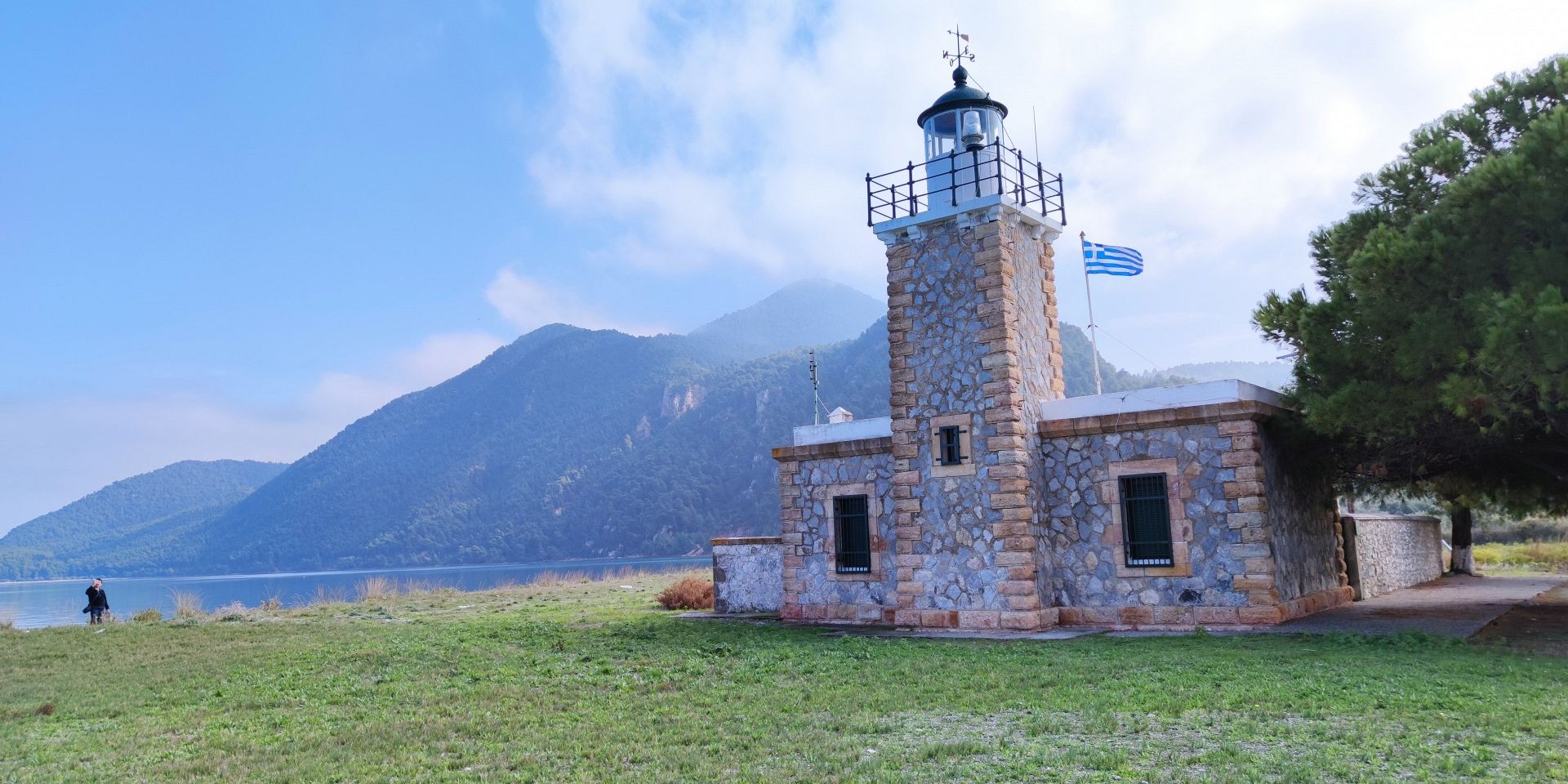 The second largest island in Greece is called Evia or Euboea. Olive groves, luxurious vineyards and pine forests cover almost the entire island, and this has affected the tourist infrastructure - only a small part of Euboea is developed in terms of tourism. Nevertheless, there are enough sights on Euboea in Greece, there is something to see and something to be surprised at.

The most visited places on the island of Evia

The terrain with mountain peaks attracts rock climbers with winding paths, and small towns and villages are filled with cozy hotels with comfortable rooms. One of the resorts - Karystos is famous for a wide range of offers for a variety of entertainment: swimming and sunbathing on convenient local beaches, diving, surfing, fishing, water skiing and yachting.

The sights of the island of Evia in the resort of Karystos are, first of all, the ruins of the Castel Rosso fortress and huge stone fragments on Mount Okha, which received the strange name "Dragon House". More than 20 buildings made of solid stone, about 15 meters high, have survived to this day. Who, when, how and why they built it - remains a mystery. According to one version, they were shepherds who grazed goats on the mountain slopes for a long time. According to another, these are places of worship for astronomical and astrological research. The houses served the cult of the ancient Greek Goddess Hera and were connected with the sky. Such unusual sights on Karystos in Euboea are simply called by the locals the dwellings of the dragons themselves.

Tourists who get to know the country through its history will be impressed by the exhibits of numerous museums. The ruins of the times of paganism and mythology, the Venetian and Ottoman periods - the heritage is simply huge and you cannot learn everything in one day. So, in the resort town of Eretria, you can view the temple of Apollo and the ruins of the Acropolis. All this is in the open-air museum. The archaeological museum is one of the largest on the island. It contains the most valuable exhibits that were found in the temple of Apollo. You can visit the institution daily from 8:00 to 16:00, except for Tuesday. It is located at: Evnomou Kifissou 2, Eretria 340 08.

Thousands of pilgrims from all over the world and lovers of religious stories are simply obliged to visit the sights of the island of Euboea in Greece, located in the village of Prokopi. Church of St. John the Russian, built in honor of the soldier of the army of Peter the Great, who, even while in captivity, professed Christianity. Everyone who wants to be healed and find peace of mind comes to his relics. It is located at: Ethniki Odos Chalkidas Edipsou, Prokopi, 340 04, Euboea. The doors of the temple are open to visitors from 8:00 to 17:00.

The miraculous natural wonders of the island of Euboea

The natural miracle is located in the capital of the island - the city of Chalkis. For thousands of years, a unique phenomenon has been observed: the water in the Evripa channel moves in one direction for 6 hours and 8 minutes, and then changes course and moves back. Up to 14 times a day, "standing waves" run through the strait. Even the most prominent scientists have not yet found an explanation for this phenomenon. You can get to the strait at the coordinates 38.462901, 23.589413. Or you can combine it with a view of the majestic Karababa Fortress. The attraction is located at the address: Chalkis 34100. You can visit from Tuesday to Sunday from 8:00 to 15:00. Free admission.

The petrified forest of Kerasia is worthy of the attention of those who are looking for interesting sights on the island of Evia in Greece. An ordinary forest of pines was flooded by volcanic magma and the plants have remained conserved since the time of saber-toothed tigers.

The island is also famous for its treatment and spa holidays. The thermal springs on the island of Euboea in Greece contain radon in small doses, which is suitable for the treatment of rheumatism, disorders of the cardiovascular system, gynecology and other diseases. According to the legends, in these waters Hercules himself regained his strength and regained his power. The Baths of Hercules and Sulli are located in the city of Edipsos and are visited by hundreds of tourists every year. There are about 80 springs, the water temperature in which is from 28 to 86 degrees Celsius.

Euboea is also famous for its wine industry, which is of interest to travelers. A considerable number of vineyards growing at various altitudes from sea level, allows you to produce world-famous wines. The abundance of delicious Greek cuisine in taverns will not leave anyone indifferent, and cozy bars will allow you to relax with a glass of wine.

You can make your vacation unforgettable only if the place of residence meets all the wishes. Akits Villas will help you with this. Favorable conditions for renting villas at affordable prices near the desired attractions, thermal springs, in quiet and entertaining areas of the region will allow everyone to feel at home. Specialists will select the right apartments so that while staying in Greece, guests do not need anything.