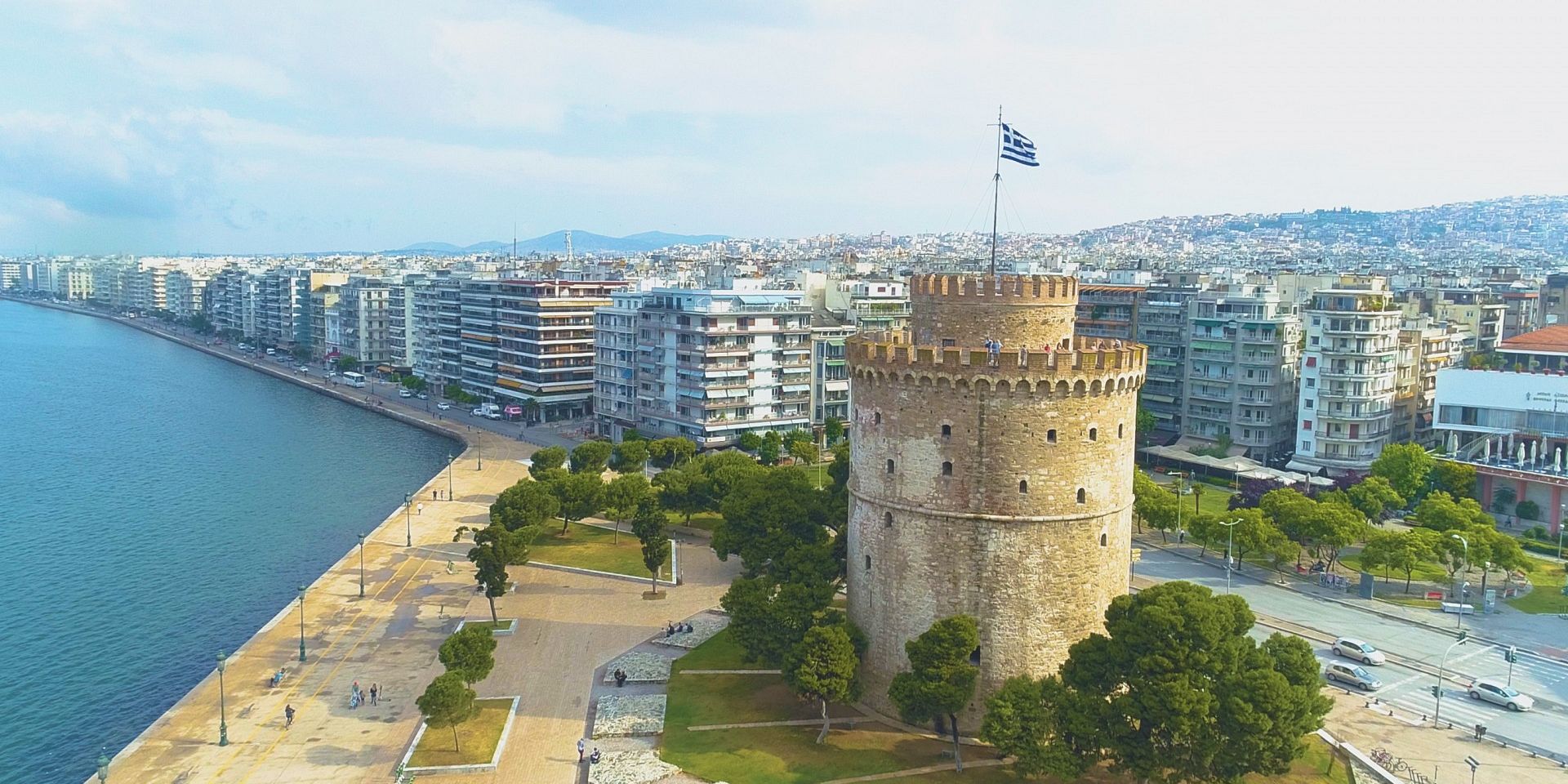 6 main locations: What to see in Thessaloniki in one day

Thessaloniki is a city of a thousand entertainments. This is a Mecca for party and history lovers, shopping and gastronomy. And yet the strong point of Thessaloniki remains the sights. When planning a route, their diversity will pose a difficult choice, especially if time to get to know the city is limited. What to see in Thessaloniki in 1 day and what not to miss?

It is better to start the day on the waterfront to immediately see the main symbol of Thessaloniki - the White Tower. Today it serves as a decoration of the city. And in the past, built by the Turks, it served as a place of executions and a prison. Inside the tower there is a museum exposition dedicated to the history of the northern capital of Greece. Another symbol of the Thessaloniki waterfront is the Umbrellas installation . This is one of the most photographed places in the city.

Please note: The best way to spend your mornings on Thessaloniki's promenade is to have a cup of coffee in the many cafes overlooking the Thermic Gulf and buy some souvenirs

From the White Tower along the embankment, you can walk to Aristotle's Square - a place of attraction for everyone who comes to the city. This is the heart of Thessaloniki, where concerts, entertainment events take place and the monument to Aristotle is located. There are cafes and shops along the square.

From Aristotle's Square, it is easy to walk to the Agia Sophia. Its architecture combines the features of a three-aisled basilica and a cross-domed church. The date of foundation of the church is considered to be the 7th century. In the 10th century, the Agia Sophia was called the most outstanding in Thessaloniki, but with the arrival of the Turks, it was rebuilt into a mosque.

Interesting fact: in 1988, the Agia Sophia was included in the UNESCO World Heritage List.

Today, the temple attracts with its magnificent decoration, which has survived after all historical events. Frescoes of the 11th century depicting St. Euthymius and Theodora are well preserved. Of the mosaics, the attention is drawn to the Hodegetria, which decorates the apse, and the Ascension on the dome.

Arch of Galerius and Rotunda

All historical eras have left their mark on the appearance of the city of Thessaloniki. From the Romans, he inherited the monuments that today adorn the center of Thessaloniki. Two of them are located very close. This is the Arch of Galeria and the Rotunda.

The arch was built by order of Emperor Galerius. It preserved images of scenes of victory over the Persians and reflects other events of the reign of Galerius. The arch was not an independent structure, but served as part of an architectural complex that included galleries, a palace and a mausoleum. Its length is slightly less than 29 m.

Next to the arch you can see the cylindrical Rotunda. Galerius ordered to build it, planning that after his death, his tomb would be located in the Rotunda. But the mausoleum was never used for its intended purpose. Instead, the Rotunda in different periods was a church, a mosque, and even served for official receptions. Inside the Rotunda, frescoes, wall and dome mosaics have been preserved. Interestingly, the restoration of the altar made it possible to occasionally hold services here.

Please note: if there is time, you can visit another Roman monument - the Agora, which was the center of life in ancient Thessaloniki

The Basilica of St. Demetrius is the main church of the city, and therefore it invariably falls into the Must-see list of attractions in Thessaloniki. According to legend, it stands on the site of the death of the great martyr St. Demetrius of Thessalonica, the patron saint of the city. The existence of the basilica was threatened several times: it suffered from devastating fires and was rebuilt by the Turks into a mosque. But even after attempts to destroy the shrine, the church was revived and today impresses with its splendor.

Inside you can see well-preserved mosaics. Among them are Demetrius and the Clergymen, Theotokos and Saint Theodore, Saint George and the Children. The fresco cycle, created in the VIII-XIV centuries, has also managed to reach our days. The crypt of the basilica is notable for the fact that it is considered the place of the death of the great martyr. The flow of believers to the church does not stop all year round. They come to venerate the myrrh-streaming relics of St. Demetrius. Miro has long been revered not only by Christians, but also by Muslims, who believed in its healing power.

Ano Poli (Old or Upper) Thessaloniki is the right place to end the day. This is the only historic district that has been completely preserved after the devastating fire of 1917. Here you can immerse yourself in the Byzantine past of Thessaloniki: stroll along the ancient streets, touch the defensive walls that surrounded the city, and look at the Heptapyrgion fortress and colorful houses.

Ano Poli has many cozy cafes and taverns where you can spend a couple of hours. And in the highest area of Thessaloniki there is an observation deck. It offers stunning views of the entire city and, of course, sunsets.

How to get there: buses number 22 and 23 go to Ano Poli. If you want to stay here and watch the sunset, you will have to rely on a taxi.