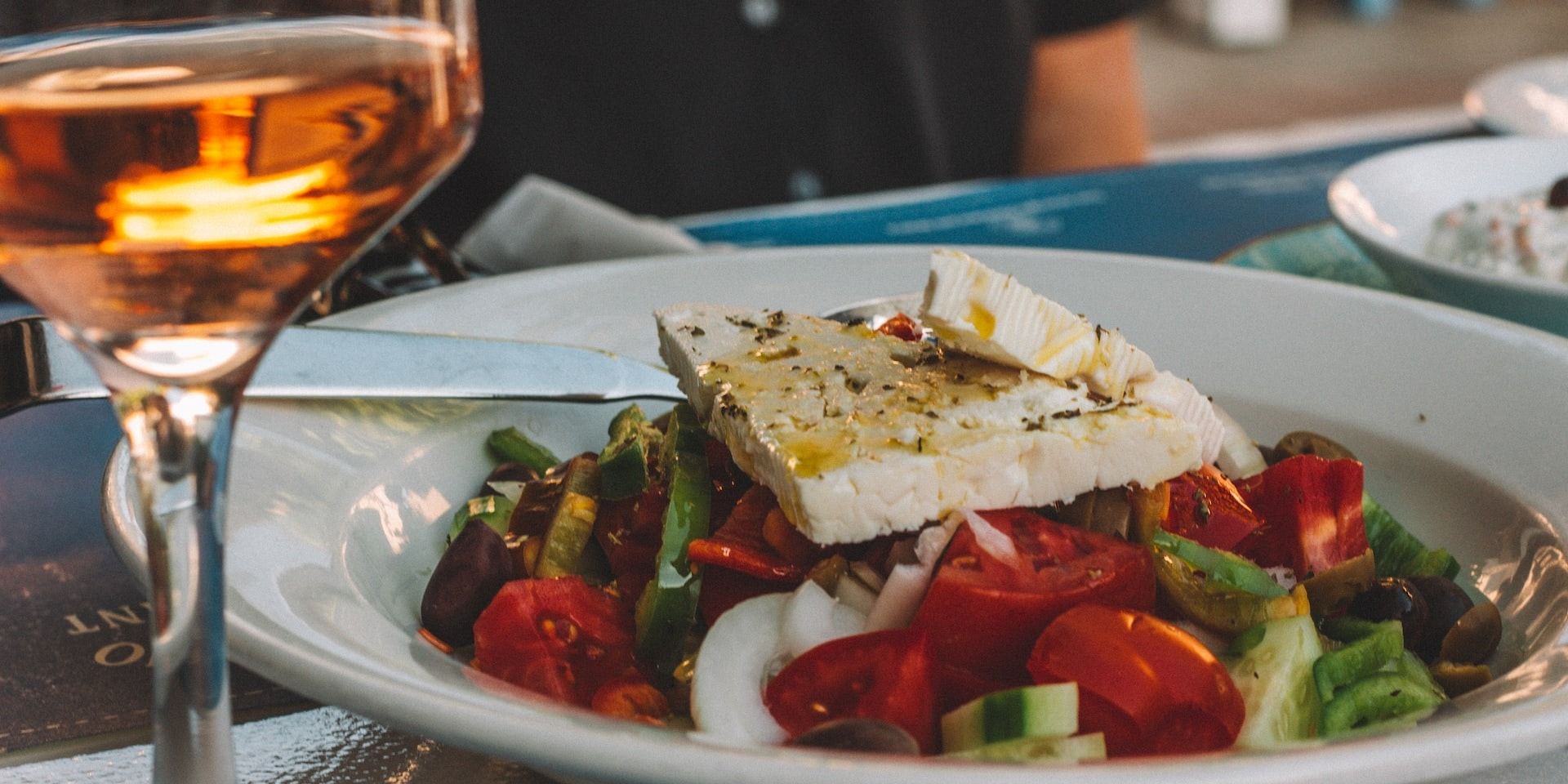 What to try in Crete: the traditional cuisine of the island

The Cretan diet is known as one of the healthiest in the world. And this means that local dishes give the guests of the island not only a lot of gastronomic impressions, but also benefits. Cheeses, juicy vegetables, seafood, quality meat - all this is the basis of the diet of the inhabitants of Crete and invites you to go on a journey through the world of tastes.

You can start any meal in Crete with a dakos appetizer. Simple in appearance, it has become a real symbol of island cuisine and a complete dish. Dakos is made with stale bread, fresh tomatoes, olives, oregano, cheese and olive oil.

One of the most specific dishes of the island is fried snails. For foreigners, this is exotic, and for locals it is a familiar part of the diet. The snails are first rolled in flour, then placed in hot olive oil and cooked with vinegar and rosemary. The dish goes well with raki.

Fans of meat dishes should try tsigaristo. It is made from lamb, which is simmered for many hours with the addition of olive oil and wine, and served with lemon slices. By the way, in the past, tsigaristo was prepared from the meat of the mountain goat kri-kri. Today it is considered a protected species, and the recipe has changed.

Apaki is one of the most delicious Cretan delicacies. This is pork, which is marinated for 2-3 days in a strong vinegar made from Cretan wine. The meat is then smoked using aromatic herbs. Apaki has a delicate taste and delicate aroma that will not leave anyone indifferent.

Crete is the birthplace of Hanyotiko bureki. It is prepared mainly in the Chania region. The main ingredients for Hanyotiko burek are potatoes, zucchini, tender dough and mizithra cheese. Another popular type of pastry is calcuña pies, which are eaten both on ordinary days and on holidays. As a filling for calcuña, a mixture of mizithra cheese and herbs is taken, and pies with cinnamon and honey are served. The recipe for Sfakian pies originated in the region of Sfakia. These cakes are cooked with the addition of tsikudya and cheese, served with honey.

For the inhabitants of Crete, lunch will not be complete if there is no cheese on the table. The island is one of the Greek leaders in the production of this product. Some varieties originated on the island, some were brought to Crete and took root here. In local supermarkets it is easy to get confused: which cheese to try? Here are some of the main varieties:

Interesting fact: on average, each inhabitant of Crete eats 20 kg of cheese per year

What they drink in Crete

As an accompaniment to dishes in Crete, ouzo, typical of all Greece, will be offered. In addition to it, you should try the traditional drinks of the island:

From non-alcoholic drinks in Crete, all types of Greek coffee and traditional tea from mountain herbs, known for their beneficial effects on the body, are available.